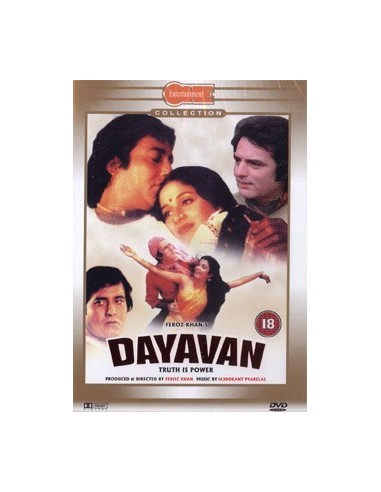 Synopsis:
This film is about a man who enshrines his name in the hearts of the people whom they endear and enrich with love, compassion and selfless service. He loved the sleazy slums in which he lived. He defiantly served and identified himself with the poor around him. He never bowed his head in front of cruel forces of authority. He stood undaunted and unbent against the shattering storms of cruelty and inhumanity. His tears could not drown his anger and sorrow at the inhumanity of the rich and powerful to his poor slum dwellers. The social cause was to him dearer than his personal bonds of love and blood. He wasn't afraid of anything. Yet all this did not harden his soul which was as gentle as that of a child. He dedicated his life to the imporvement of poor. They called him DAYAVAN...