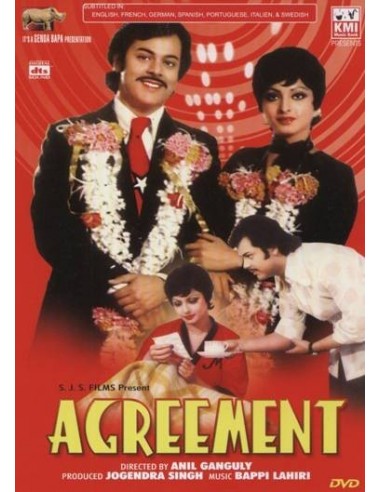 Synopsis:
Educated, traveled, intelligent, wealthy, and a businesswomen Mala Mathur would like to marry a man who can look after the household duties while she works. Her uncle, Mr. Mathur, ridicules this idea, and tells her that she will never find any husband in this manner.

Mala advertises in the newspapers, and gets tons of responses. She decides on marrying a young man by the name of Shekar Sinha, who is poor, unemployed, and willing to commit himself to household duties. Before the marriage, Shekar is asked to sign an agreement, which he does. And thus begins the marriage, which is not really a marriage, but an employment contract, which is terminable after one year.

The question is will Shekar be able to survive for one year - especially when he does not know how to cook meals for his wealthy "wife" (...)