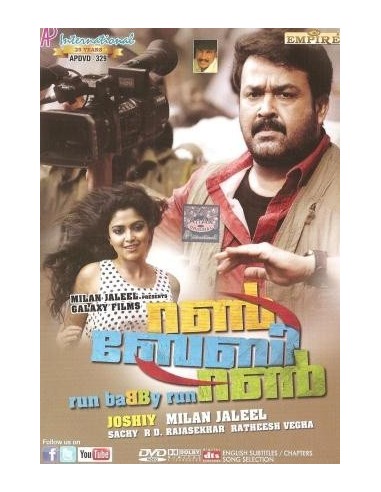 Synopsis:
The movie, with the media industry as its backdrop, tells the unending race between the television channels, for gaining better rating points and creating their exclusive scoop. And so, it seldom moves out of the media men in action and their political opponents. Mohanlal appears as a high profile cameraman, Venu, who is regular on the panels of international giants like Reuters. He is currently back to his homeland, after some skirmishes with his dear ones, which made him leave the state almost a five years ago. Then it was his fiancee Renuka (Amala Paul), a budding journalist, who embittered Venu for a costly sting story. That story also languishes the political aspirations of Bharathan Pillai (Sai Kumar) and industrialist Rajan Kartha (Siddique).

And when Venu come back to Kochi, they are also back with a vengeance. At Kochi, Venu teams up again with Renuka, whom he hates the most. And as they are into another sting activity to expose a real time assassination of a politician, they unknowingly lands up into a heap of troubles, which rip-off their credibility as journalist and how they manage to clear the confusion, forms the rest of a story.