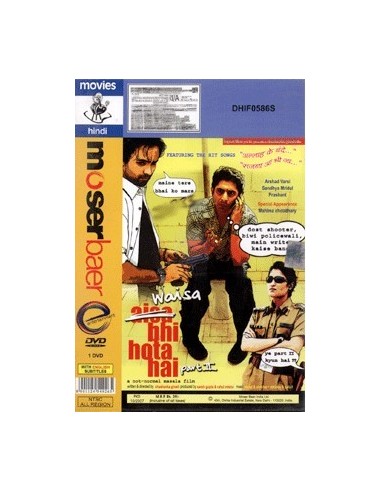 Synopsis:
A guilt ridden copywriter is thrown out of home by his loving girlfriend who is also a psychotic cop. His guilt is that he turned his back on his only living relative- his older brother who is with the gangs. As if this is not bad enough, he accidentally saves a legendary hitmans life. To boths surprise they become friends. The hitman's boss is the most powerful don in the city. He doesn't like the copywriter. A woman ganglord who hates the number one don, uses the copywriter to break the relationship between the don and the hitman-and takes over the copywriter. She in turn is arrested by the copywriter's cop girlfriend when he is out of town. In revenge she kidnaps the cop to kill her... Which is when. the copywriter walks into the scene. The copywriter's dream's of making a crore and running away from Mumbai are constantly getting shattered, stomped on and ruined.. So then how does he end up with the money ?? And how on earth can the most powerful don be dealt with when no one wants to go up against him?? And what are six sardars doing in the film apart from a comedy element ?? What on Earth is Waisa Bhi Hota Hai Part II ??