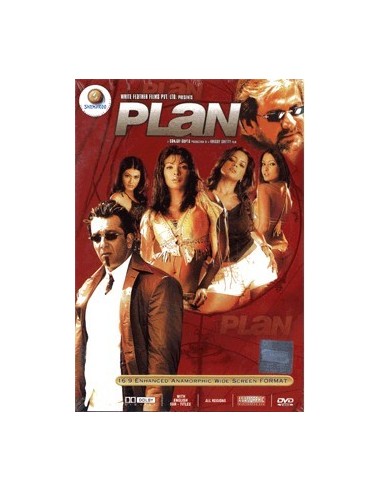 Synopsis:
Four guys come across in train to Mumbai and discuss their plans about their future life. Bobby (Dino Morea) wants to become an actor whilst Omi (Rohit Roy) has a plan to get his share in money from the person who has robbed his father. On the contrary, Lucky (Sanjay Suri) would love to be lucky in gambling and Jai (Bikram Saluja) likes to have his lost love back. Their plans come in rhythm initially and they enjoy the city life fully. But when they run out of money, decide to play a gamble to win big amount in order to stay in Mumbai. Instead of winning the game, they lose their entire money and owe the winner Rs. 7 Lacs. And as a result of it, their lives get at stake. While thinking on some solution, an idea of kidnapping a rich business tycoon (who they have recently seen splurging money in a dance bar) comes to their minds. Following the idea, they abduct the man. The fact, that the rich man is actually Mussabhai (Sanjay Dutt) who heads Mumbai's underworld activities and is the city's most feared gangster, serves them as the worst nightmare of their life. However they succeed in winning Mussabhai's friendship when he (Mussabhai) realizes that they have saved him from his (Mussabhai's) men controlled by his rival Sultan (Mahesh Manjrekar). And in the end, Mussabhai eliminates Sultan and his gang with the help of these four guys.