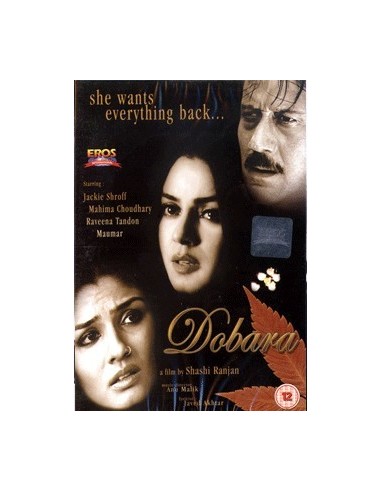 Synopsis:
Ranbir and Anjali Sehgal are happily married. However, one phone call from Ria shatters their marital bliss, For, Ria, is Ranbir’s former lover, which ended when Ria turned schizophrenic. Ria was confined to a mental institute, and Ranbir married Dr. Anjali, a psychiatrist. The Sehgals give birth to a baby boy, who tragically dies. Now, years later Ria enters Ranbir’s life, and tells him that she has given birth to a son named Varun, and would like Ranbir to accompany her to meet him in Goa. Aghast at the turn of events, he agrees to go to Goa with her. Meanwhile, Anjali decides to follow them. When Ranbir, Anjali and Ria come face to face, there are fireworks. And now Ranbir has to make a choice between Ria and Anjali.