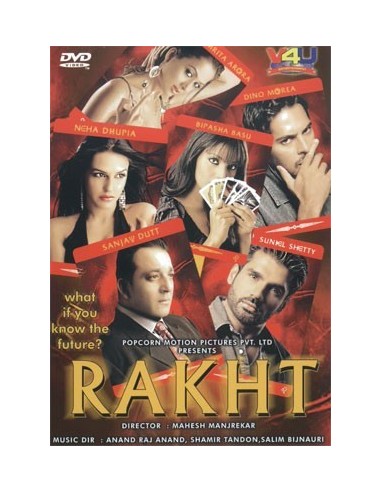 Synopsis:
A young widow named Drishti lives in a small remote village. She has the gift of reading tarot cards and seeing into the future and so she decides to run a small business telling fortunes. People who come for her help include Riya, who is abused by her husband, Sunny. But when Drishti advises Riya to leave him, Sunny begins to threaten her. Then there is Natasha. She is engaged to Rahul, who happens to be the headmaster of the school that Drishti's eight year old son attends. But one day, a shocked Drishti catches Natasha with another man during a party. A few days later, Natasha goes missing. The police are unable to find her. So Rahul turns to Drishti for help. Drishti, however, has a vision of her dead body, and a lake. She is scoffed upon by the local Assistant Commissioner of Police, Ranbir Singh, nevertheless the police do drag the lake at Natasha's dad insistence and recover Natasha's dead body. The primary suspect is "Sunny", who is arrested, tried in court, found guilty, and sentenced to life in jail. The Police, Natasha's dad, and everyone else is satisfied with this judgment - everyone except Dhristi - and it is only she who knows that the real killer is still at large. She also has to solve another problem with her friend Mohit, a crazy car mechanic who has had an unstable childhood. He is smitten by Drishti's beauty. But she takes nothing to height as he calls her "dost", and comes to her aid several times.