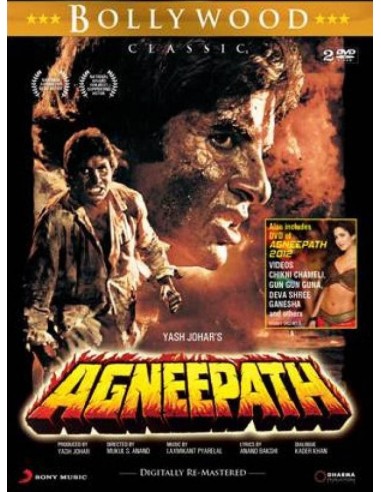 The cult movie of 1990, Agneepath, starring the legendary actor Amitabh Bachchan is still etched in the minds of his fans. Agneepath Amitabh Bachchan movie showcases the rise of Vijay Dinanath Chauhan played by Amitabh Bachchan in the world of crime in Bombay. Vijay, is the son of Master Dinanath Chauhan (Alok Nath) who is a school teacher residing in the coastal village of Mandwa. Master Dinanath wishes to transform the village by educating the people, eliminating alcoholism and bringing electricity. But a mobster, Kaancha Cheena (Danny Denzongpa) has plans to turn the village into a drug hub owing to its proximity to Bombay and its remote location. He devises a heinous plot to frame Master Dinanath who is stoned to death by the villagers while a young Vijay watches this. Agneepath is one of the finest Amitabh Bachhan movies that has left a lasting impression on the audience's mind.

Agneepath Amitabh Bachchan film opens with an introductory poem written by the great Harivansh Rai Bachchan that forms the whole crux of the movie, which is still fresh in everybody's hearts. Vijay moves to Bombay along with his mother and his sister Shiksha. He undergoes a complete transformation from the playful boy in the village to a fearless young lad who is quickly absorbed into the Bombay underworld and becomes a force to reckon with. He does not live with his mother who still abides by the strong ideals that her husband fostered. Fate brings him against Kaancha Cheena. Catch the Agneepath Amitabh Bachchan full movie to know what happens in the ugly face off. Mithun Chakraborty's award winning performance as Krishnan Iyer M.A. in the movie simply cannot be missed. 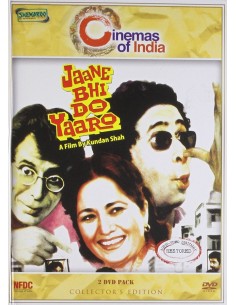 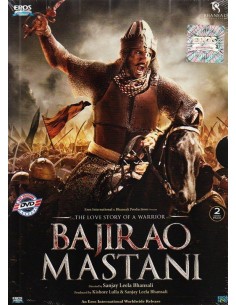 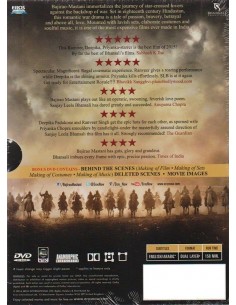 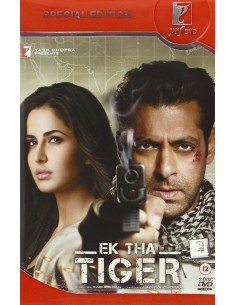 YRD-66060
€12.99
Director: Kabir Khan. Cast: Salman Khan, Katrina Kaif. Tiger, an Indian spy who goes on a mission in the UK, finds himself pitted against his own agency when he falls in love with the wrong girl.
Tap to zoom