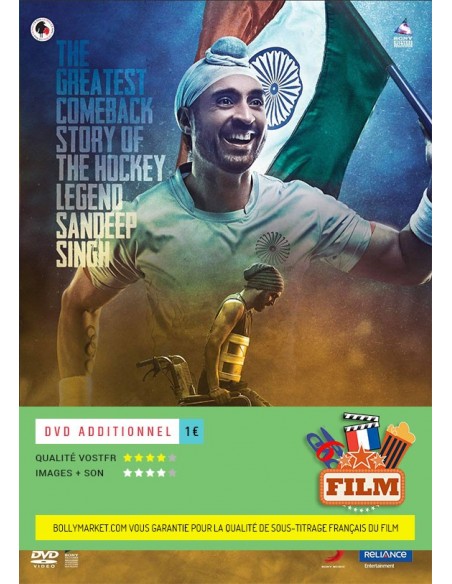 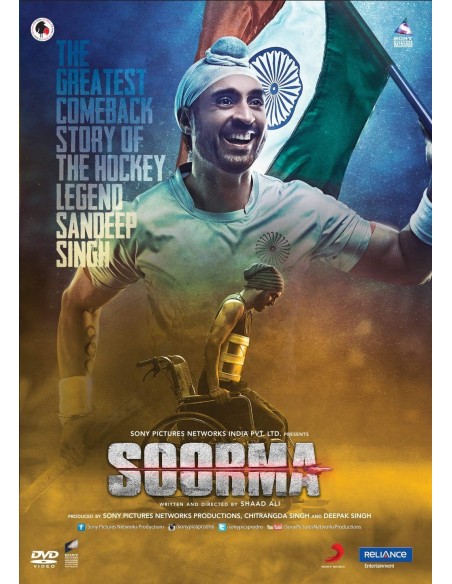 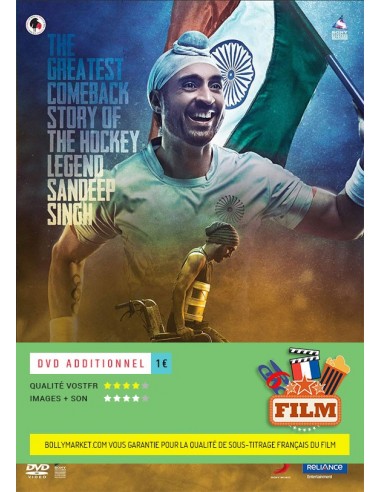 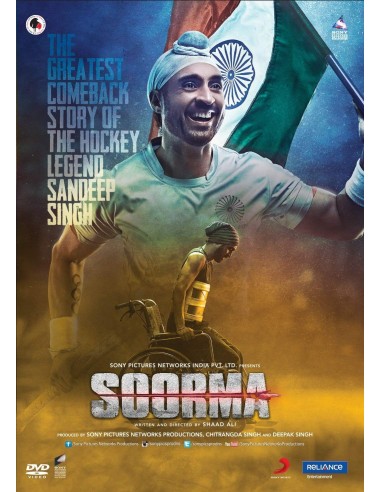 Soorma is the story of the triumph of the human spirit, about a player, who made headlines for his miraculous comeback after facing a near death experience through sheer determination, hard work and unrelenting passion for the sport.

Soorma tells the story of the international hockey player Sandeep Singh, played by Diljit Dosanjh, who was paralyzed and used a wheelchair for two years after an accidental gunshot injured him in 2006. The film’s tagline is "The Greatest Comeback Story of the Hockey Legend Sandeep Singh". Fighting against all odds, Sandeep got back on his feet and made a comeback to international hockey in 2008. India won the 2009 Sultan Azlan Shah Cup under his captaincy and went on to qualify for the 2012 Olympics. The story also mentions the contribution of his brother in his life who stood like a pillar of constant support during these hard times and also shows his girlfriend who left him, so that he would be able to focus on recovering and doing well for himself.

01225
€11.99
Director: Madhur Bhandarkar. Cast: Kareena Kapoor, Arjun Rampal. A female superstar struggles through the trials and tribulations of being a Bollywood actress.

01571
€13.99
1 Reviews
Director: Shree Narayan Singh, Neeraj Pandey. Cast: Akshay Kumar, Bhumi Pednekar. A woman threatens to leave her husband unless he installs a toilet in their home. To win back her love and respect, he heads out on a journey to fight against the backward society.
View 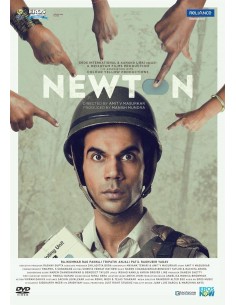 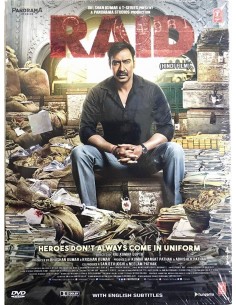 TSDVD-4553
€13.99
Director: Raj Kumar Gupta. Cast: Ajay Devgan, Ileana D'Cruz. Titu is going to marry a perfect woman named Sweety. Titu's best-friend Sonu doubts Sweety's character and tries to break the marriage while Sweety tries to do opposite and which leads to war between Bromance and Romance. 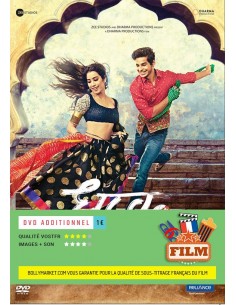 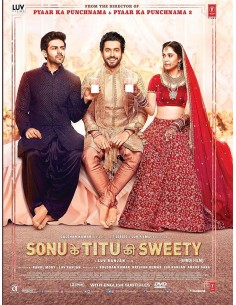 TSDVD-4552
€13.99
Director: Luv Ranjan. Cast: Kartik Aaryan, Nushrat Bharucha, Sunny Singh Nijjar. Titu is going to marry a perfect woman named Sweety. Titu's best-friend Sonu doubts Sweety's character and tries to break the marriage while Sweety tries to do opposite and which leads to war between Bromance and Romance.
View 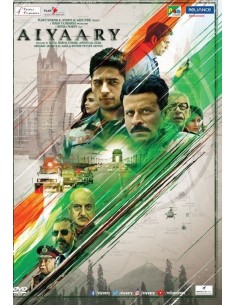 01584
€14.49
Director: Neeraj Pandey. Cast: Sidharth Malhotra, Anupam Kher, Manoj Bajpayee. An Indian Army officer is compelled to chase down his protege when the latter turns rogue and threatens to disrupt the country’s government and army.
View

SHE-DVD-2203
€14.99
Director: Umesh Shukla. Cast: Amitabh Bachchan, Rishi Kapoor. Based on a Gujarati play, the film highlights an unusual relationship between a 75-year-old son and his 102-year-old father, who aspires to break the record for the longest living man, held by a Chinese man.
View 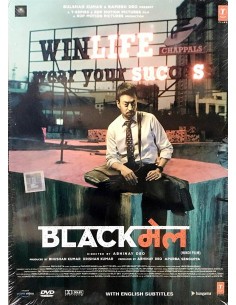 01609
€14.99
Director: Abhinay Deo. Cast: Irfan Khan, Kirti Kulhari. When Dev finds out his wife is cheating on him, he secretly blackmails his wife and her lover as a form of revenge.
Tap to zoom