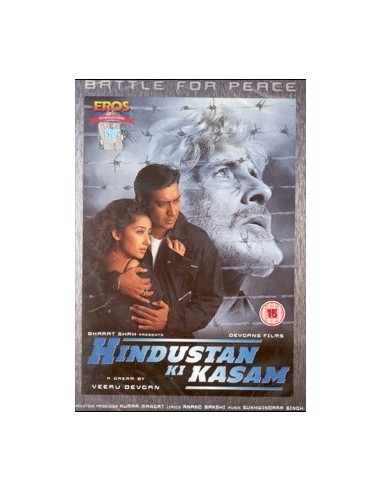 Synopsis:
It's been 50 years since partition. And in these 50 years Pakistan has fought three wars with India.Misleading Kashmiri youth with promises of an Independent Kashmir, Pakistan intelligence takes these native youngsters under their wings, trains them in terrorism and destruction with just one ultimate goal in mind - War with India. India who firmly believes in peace and has always been a symbol of ahinsa, finally decides to teach the enemy a lesson they will never forget, but without resorting to warfare. Indian army intelligence hand-picks some of their most capable and brave officers for a special mission - to gather substantial and irrefurable evidence against Pakistan which can be presented to the UNO and which will prove once and for all that Pakistan is a rouge state spreading terrorism in India . Once this has been established it will be impossible for Pakistan to seek aid or support from other countries. But even before the mission takes off, the chosen officers are ruthlessly murdered one by one. Army intelligence uses all its powers to detect the killers but fails. Meanwhile Ajay Malhotra is a popular writer whose sensational novels have a great following around the country. Suddenly Army intelligence discovers that Ajay Malhotra's novels recount in detail not just the names and mission of the murdered officers, but even the gruesome, closely guarded details about the murders! How does Ajay Malhotra know even the most minute details about each murder? Army intelligence is aghast and immediately arrests Ajay Malhotra and detains him for interrogation. But fair means or foul, they fail to force Ajay Malhotra to confess to his crime. Is Ajay Malhotra an Accomplice to the real assassins? Or is Ajay Malhotra the cold blooded killer himself? Who's the real Ajay Malhotra? The assassin in the guise of a novelist? Or is he a Pakistani spy? Do Priya & Ajay really love each other or this is another conspiracy? Is Roshanara, the hotel dancer, a patriot or a spy? What part does Kabira, a retired army officer, play in the mistery? Is there war between Pakistan and India or is the there peace? For the answers, see Veeru Devgan's HINDUSTAN KI KASAM. 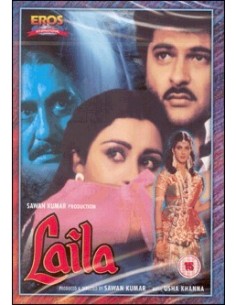 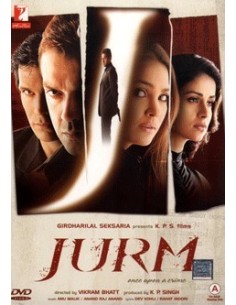 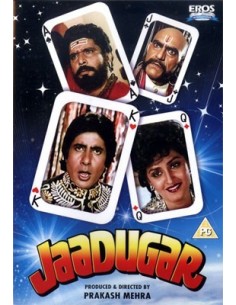 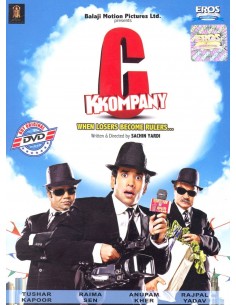 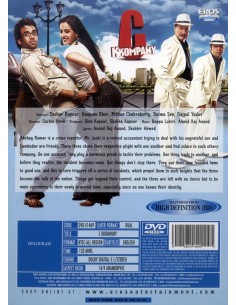 DVD-E-1469
€6.29 €8.99
Time left
Director: Sachin Yardi. Cast: Tusshar Kapoor, Anupam Kher, Rajpal Yadav. This is a story of three underdogs in three different age groups staying in a middle class society. Three of them are great friends and are striving to achieve their respective dreams... 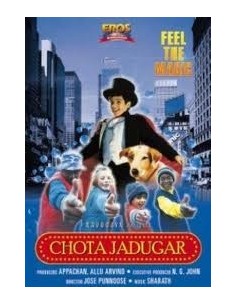 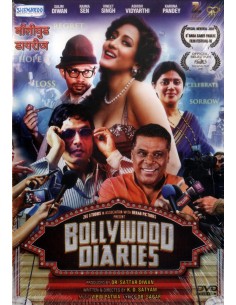 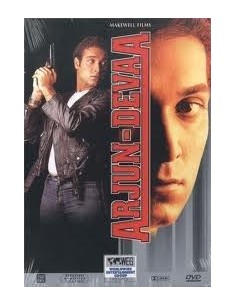 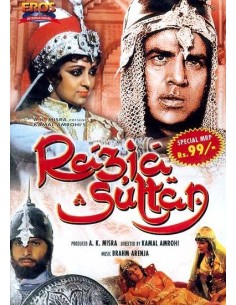 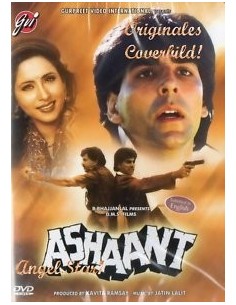